how bout we talk about that piece of shit mccain?

djdaze 3,099 Posts
May 2008 edited May 2008 in Strut Central
Confrontation with witnessOne such witness was Dolores Apodaca Alfond, chairwoman of the National Alliance of Families, an all-volunteer MIA organization. Her pilot brother, Capt. Victor J. Apodaca, out of the Air Force Academy, was shot down over Dong Hoi, North Vietnam, in the early evening of June 8, 1967. At least one person in the two-man plane survived. Beeper signals from a pilot's distress radio were picked up by overhead helicopters, but the cloud cover was too heavy to go in. Hanoi has recently turned over some bone fragments that are supposed to be Apodaca's. The Pentagon first declared the fragments to be animal bones. But now it is telling the family -- verbally -- that they came from the pilot. But the Pentagon, for unexplained reasons, will not put this in writing, which means Apodaca is still unaccounted for. Also the Pentagon refuses to give Alfond a sample of the fragments so she can have testing done by an independent laboratory.Alfond's testimony, at a hearing of the POW/MIA committee Nov. 11, 1992, was revealing. She pleaded with the committee not to shut down in two months, as scheduled, because so much of its work was unfinished. Also, she was critical of the committee, and in particular Kerry and McCain, for having "discredited the overhead satellite symbol pictures, arguing there is no way to be sure that the [distress] symbols were made by U.S. POWs." She also criticized them for similarly discounting data from special sensors, shaped like a large spike with an electronic pod and an antenna, that were airdropped to stick in the ground along the Ho Chi Minh trail.These devices served as motion detectors, picking up passing convoys and other military movements, but they also had rescue capabilities. Specifically, someone on the ground -- a downed airman or a prisoner on a labor detail -- could manually enter data into the sensor pods. Alfond said the data from the sensor spikes, which was regularly gathered by Air Force jets flying overhead, had showed that a person or persons on the ground had manually entered into the sensors -- as U.S. pilots had been trained to do -- "no less than 20 authenticator numbers that corresponded exactly to the classified authenticator numbers of 20 U.S. POWs who were lost in Laos."Other than the panel's second co-chairman, Sen. Bob Smith, R-N.H., not a single committee member attended this public hearing. But McCain, having been advised of Alfond's testimony, suddenly rushed into the room to confront her. His face angry and his voice very loud, he accused her of making "allegations ... that are patently and totally false and deceptive." Making a fist, he shook his index finger at her and said she had insulted an emissary to Vietnam sent by President Bush. He said she had insulted other MIA families with her remarks. And then he said, through clenched teeth: "And I am sick and tired of you insulting mine and other people's [patriotism] who happen to have different views than yours." Brought to tears By this time, tears were running down Alfond's cheeks. She reached into her handbag for a handkerchief. She tried to speak: "The family members have been waiting for years -- years! And now you're shutting down." He kept interrupting her. She tried to say, through tears, that she had issued no insults. He kept talking over her words. He said she was accusing him and others of "some conspiracy without proof, and some cover-up." She said she was merely seeking "some answers. That is what I am asking." He ripped into her for using the word "fiasco." She replied: "The fiasco was the people that stepped out and said we have written the end, the final chapter to Vietnam." "No one said that," he shouted. "No one said what you are saying they said, Ms. Alfond." And then, his face flaming pink, he stalked out of the room, to shouts of disfavor from members of the audience. As with most of McCain's remarks to Alfond, the facts in his closing blast at her were incorrect. Less than three weeks earlier, on Oct. 23, 1992, in a ceremony in the White House Rose Garden, President Bush -- with John McCain standing beside him -- said: "Today, finally, I am convinced that we can begin writing the last chapter in the Vietnam War."The committee did indeed, as Alfond said they planned to do, shut down two months after the hearing. 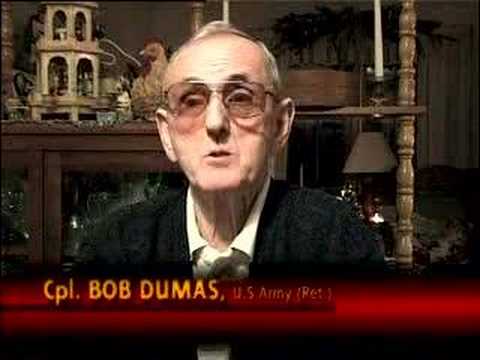