PEK 735 Posts
September 2005 edited September 2005 in Off Topic (NRR)
On NBC and its affiliates -Not the whole clip, but Kanye's 'George Bush doesn't care about black people' - any subsequent broadcasts will be edited w/o fail, but here it is as it unfolded: notice Mike Myers growin' increasingly uncomfortable and the quick flip to Chris Tucker...I know some folks are gonna say he did it for publicity and the like in the wake of the release of his album this week, but depress the cynicism for a sec and cut 'Ye a little slack for maybe a modicum of integrity - 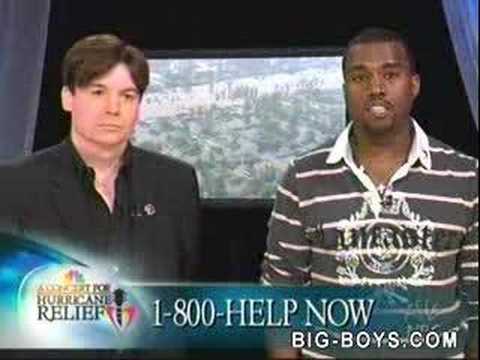