RAJ tenacious local 7,736 Posts
February 2014 edited October 2015 in The Soul Strut 100
I will slowly be unveiling the Top 100 Soul Strut Related Records as Voted by the Strutters Themselves. 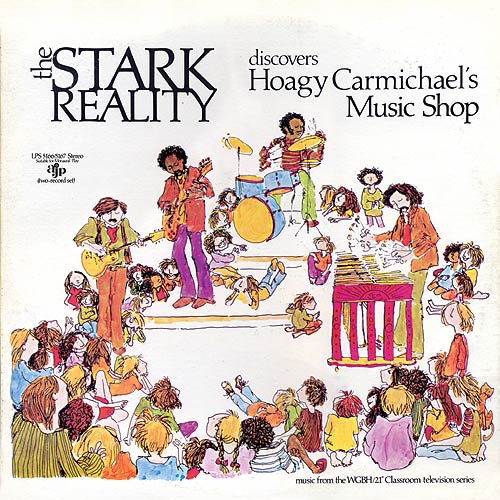 Stark Reality was an American jazz/rock fusion band most famous for their 1970 album The Stark Reality Discovers Hoagy Carmichael's Music Shop, a heavily-improvised reinvention of a 1958 children's album by songwriter Hoagy Carmichael, to be used for the show Hoagy Carmichael's Music Shop which aired on PBS and has been sampled by many hip-hop artists like Large Professor or J-Live. The album was re-released in 2003 by the Stones Throw label with the addition of previously unreleased songs under the name Now. 6 previously unreleased songs have been released by Stones Throw as a compilation called 1969. Formed in Boston, Massachusetts, most of the band's members attended the Berklee College of Music..

black eyed peas use Stark Reality on their new LP

How desperate are you for a holy grail?