Dustbuster 278 Posts
February 2006 edited February 2006 in Strut Central
As tommorow they will show the final four episodes of AD in a series finale mini-marathon. I hardly knew ya . . . 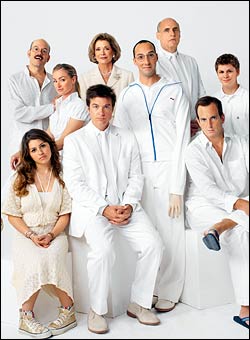